It appears that the threatened February 2nd deletion of all Megaupload's users' data has been postponed for at least two weeks. In this Computerworld report the two hosting providers used by Megaupload have announced that they will be retaining the data for a fortnight and have suggested they may be assisting "lawful" users to retrieve their data. However this assistance appears to be limited to users in the United States. 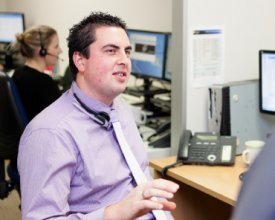 "When trouble arises, it's imperative to be back on the keys as quickly as possible. 90% of calls to the Helpdesk are resolved within 10 minutes."