Are patent wars harming the development of future products?

Patent wars have been raging recently, especially over technologies used in the newer smart phones and tablets. One to note in particular is the battle between giants Samsung and Apple – with Apple having successfully pushed the ban of sales of Samsung’s popular tablet the Galaxy Tab 10.1 in Australia and Germany. Samsung have recently struck back requesting Apple pay them higher royalties for a Samsung-supplied 3g chip used in iPhones and iPads, and are currently trying to block the sale of these devices in the Netherlands.

The problem with all these patents is that nearly all technologies that are useful/would be used in today’s devices, have already been patented – so you can’t create a new Smartphone or tablet without the risk of being sued for one part or another of the new device. Does this mean we are going to see less devices coming out, or perhaps more devices with inferior technology to the best that is available today? Or more innovative/new technology being used that causes less risks for designers, as they need not fear being sued or paying high royalties to companies such as Apple for ‘copying’ or using their touch-screen concept?

Personally I think we are going to see a slow-down in the tablet market, with smart phone development taking a priority and manufacturers pushing to get more features packed into phones such as Eftpos/Credit capabilities – things that people use every day but so far, the systems for these have not changed much since Eftpos, bank cards and ATM’s were introduced into society. 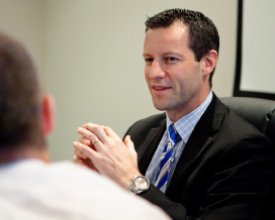