Think I.T. as we know it today is the result of 25 years’ experience and the merger of some of New Zealand’s top computer services providers.

Specialist Computer Services and Rainbow Information Systems were both formed in the mid-1990s to provided maintained network services for small and medium businesses. The two companies merged in 2007, retaining their founding Directors, to form Think I.T.

Since then, Think I.T. has built a significant presence in the health professional market. Acquiring Notable IT in 2011 and IT Force in 2013 has strengthened their position as one of New Zealand’s top computer services providers.

It is hoped that Think I.T. will expand its operations nationally, whilst maintaining the close working relationship with its customers that has always been at the core of its service. 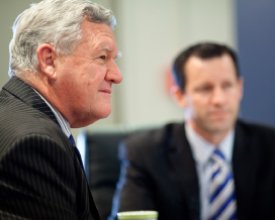